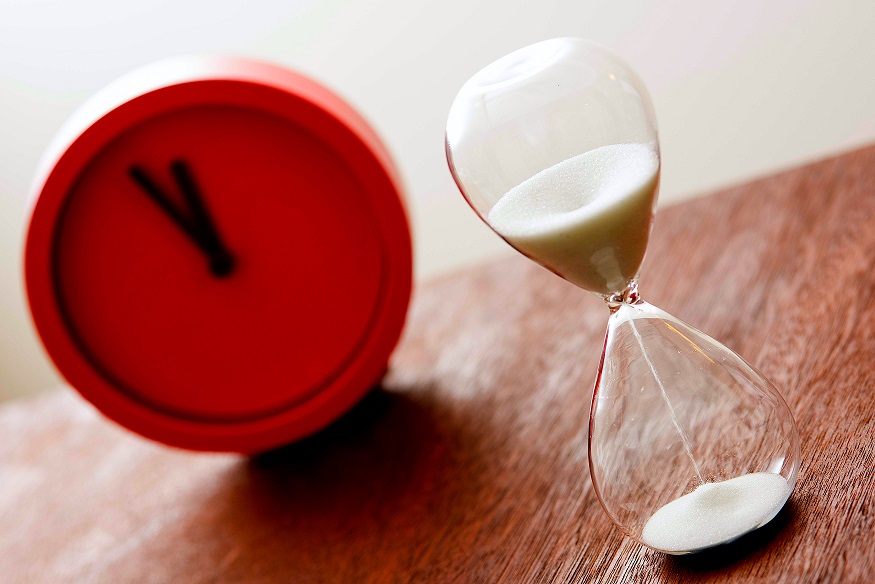 Aging and the Implantation Potential of Euploid Embryos

While aneuploidy is a key component of the age-related fertility decline, increasing age also affects the implantation potential of euploid embryos.

Why does aging matter?

Over the last century, women’s life expectancy in the USA has increased dramatically: females born in the United States in 2016 can expect to live, on average, 23 years longer than those born in 1929. This increase in life expectancy has combined with other important social, professional, and cultural shifts which – along with their very positive effects on society – have resulted in later childbearing: the average age of first motherhood has increased by five years over the past five decades. Society has responded to these trends with an increased use of assisted reproductive technologies, but this has also highlighted the very significant challenge posed by the age-related decline in female fertility.

Aging and its main effects: DOR and aneuploidy.

While the molecular mechanisms of aging – in somatic cells as well as in gametes – remain incompletely understood, it has become clear that its consequences for reproductive potential are primarily due to a decline in oocyte yield and a rise in oocyte and embryo aneuploidy rates.

Diminished ovarian reserve has been, and continues to be, the subject of intense investigative efforts. Indeed, the last decade has seen the rise of several potential strategies – such as Hippo signaling disruption and Akt activation, bone-marrow-derived stem cell treatments, or platelet-rich plasma infusion – to mitigate the effects of aging on ovarian reserve and oocyte yield.

The other key impact of aging on reproductive potential, the marked worsening of aneuploidy rates, has starred as the main character of one of ART’s most successful lines of investigation. From the advent of early aneuploidy detection techniques such as FISH through the development of comprehensive next-generation sequencing platforms – which have recently been proven to have a near 0% error rate – we are now capable of accurately selecting only euploid embryos for transfer.

These developments have advanced our knowledge of aging and its impact on fertility and effectively mitigated a significant proportion of the burden aging places on reproductive efficiency.

Beyond aneuploidy: aging and oocyte quality.

While the aforementioned innovations – the ability to improve oocyte yield in patients with diminished ovarian reserve and the possibility of identifying euploid embryos before transfer – have proven effective, they have also highlighted what is yet to be understood. Indeed, even after being able to obtain oocytes for fertilization and selecting only the resulting euploid embryos, a sizable portion of them fail to implant.

A recent study by our group sought to elucidate if the rates of these euploid implantation failures correlate with age. For this purpose, 8,175 single euploid embryo transfers were grouped by patient age at the time of oocyte retrieval. These groups were then analyzed and compared to each other in terms of implantation, clinical pregnancy, and live birth rates. As prior publications have identified that factors other than aneuploidy worsen with age – such as embryo morphology, antral follicle count, or AMH concentration – our study adjusted for these potential confounders. The results showed that implantation rates, even when using only known euploid embryos and adjusting for other potential contributors to implantation failure, significantly decreased with age: from 82% implantation rate in those under 35 years of age to 73% in those above 42 (figure 1).

Furthermore, the rates of those embryos that did implant that progressed to clinical pregnancy and then on to a live birth were analyzed. Interestingly, while age independently correlated with implantation rates, there was no difference between groups in terms of progression through pregnancy.

These findings support the idea that although aneuploidy is responsible for much of the known age-related fertility decline, there are not only other mechanisms related to the embryo’s implantation potential, but these mechanisms are also affected by age. Beyond the impact of age on the implantation potential of euploid embryos, the fact that progression from implantation to live birth was not significantly affected by age further suggests that – after aneuploidy itself – the main age-related obstacle to a successful pregnancy is implantation failure.

Therefore, as the implantation potential of euploid embryos appears to worsen quite significantly as women age, it becomes evermore important to understand the mechanisms by which this phenomenon takes place. It is increasingly apparent that, in addition to the ploidy status of the embryo and its morphology, new markers of embryo quality and function are necessary to fully comprehend the impact of age on reproductive potential. New avenues of research in aging as relates to reproduction, particularly in the field of metabolomics, are already paving the way and increasing our knowledge on this very important subject. 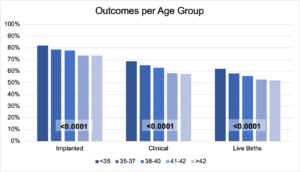 PrevPreviousHow to get more out of our oocytes? In vitro oocyte maturation is a safe strategy
Next2020: Rising to the ChallengeNext