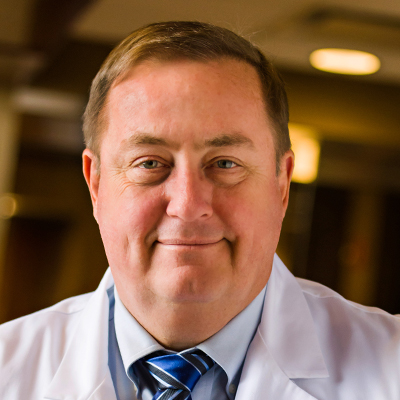 Embryonic mosaicism, defined as the presence of more than one karyotypically distinct cell line in the embryo, is thought to occur almost exclusively as a result of mitotic nondisjunction error in the post-zygotic embryo.  The advent of next-generation sequencing (NGS) for preimplantation genetic testing for aneuploidy (PGT-A) has led to more accurate diagnosis of embryonic aneuploidy but also increased reporting of mosaicism due to the greater depth and resolution of the amplification and detection method. It should be emphasized that the sole purpose of PGT-A is to detect aneuploidy, not the presence of mosaicism. The prevalence of mosaicism within the blastocyst is much higher than that captured within the biopsy, composed of 5-10 trophectoderm (TE) cells. Additionally, a mosaic PGT-A result does not infer the presence of mosaicism within the inner cell mass (ICM).

Many commercially available PGT-A platforms rely on whole genome amplification (WGA), followed by “binning” of amplicons which allows for copy numbers to be generated for individual chromosomes. One of the issues inherent to this method is the limited depth of each read, which leads to diminished accuracy in genotype interpretation. Such platforms diagnose an embryo as mosaic if the percentage of aneuploid cells is between 20% and 80%, while less than 20% is labeled as euploid and more than 80% as aneuploid. Some platforms also distinguish “low level mosaics” as being 20-40% aneuploid and those in which 40-80% of the DNA is aneuploid as “high-level mosaic”. This vast range leads to increased diagnosis of embryos as mosaic and both over- and under-estimates their true potential to create a healthy baby. Additionally, although biopsy specimens are estimated to include 5 to 10 TE cells, the amount of DNA included in the sample cannot accurately be quantified and calls the validity of these thresholds into question. The reliance on estimated chromosome copy numbers and intermediate log2 ratios, or the ratio of relative DNA content per chromosome, can lead to false-positive diagnoses of embryos as mosaic.

At IVIRMA a novel PGT-A platform has been developed that relies on targeted pre-amplification, providing a greater depth of coverage through copy number analysis and simultaneous genotyping of single nucleotide polymorphisms (SNPs). This prevents embryos from being labeled as mosaic based solely on copy number variation. Targeted NGS (tNGS) has revealed that embryos which were initially thought to be mosaic based on an altered log2 ratio, are actually euploid, aneuploid, or polyploid. Through providing greater depth of coverage at each locus, genotyping accuracy is increased. Polyploidy, which is often mistaken for mosaicism on commercially available platforms that rely on WGA, is estimated to account for 2% of all embryos and 15% of cytogenetically abnormal pregnancy losses (1). A single biopsy specimen is sufficient for aneuploidy screening, detection of mosaicism and diagnosis of single gene disorders. The incidence of mosaicism utilizing the IVIRMA tNGS platform is 3-4% in preimplantation blastocysts

The diagnosis of mosaicism has led to challenges within the assisted reproductive technology (ART) community, given the well-established diminution in reproductive potential as compared to euploid embryos (2). In the past several years, it has been hypothesized that mosaic embryos can lead to healthy live births, although there is overlap between disomy and mosaic ranges for the NGS diagnosis and the long term consequences on health of the individual remain unknown (3). At IVIRMA there is an ongoing non-selection study where embryos are transferred blinded to the outcomes of PGT-A, which will ultimately demonstrate the veritable reproductive potential of mosaic blastocysts.

For couples with a limited embryo cohort for cryopreservation, those labeled as mosaic can be detrimental to family building goals as there is not sufficient evidence for routine transfer. Mosaic embryo transfer is acceptable only if there are no embryos deemed euploid after PGT-A, or if the quantity of euploid embryos has been exhausted. The Preimplantation Genetic Diagnosis International Society (PGDIS) guidelines, although supported by limited data, suggest prioritization of transfer of embryos based on mosaicism levels as well as the number and specific chromosomes involved (4). Single diploid-aneuploid mosaic embryos involving chromosomes 13, 15, 16, 18, 21, 22, X and Y are known as “high risk” given the potential association with uniparental isodisomy, severe intrauterine growth restriction, and possibility for aneuploid live birth. Similarly, it has been suggested that transfer of euploid-monosomies should be prioritized over euploid-trisomies because of reduced reproductive potential of the former. However, one would think that if monosomies exist, there is likely a reciprocal trisomy in the embryo. Due to limited evidence, it is not unreasonable to transfer such high risk embryos, but only if there are no other “lower risk” mosaic alternatives. The absence of other more suitable alternatives for transfer is undoubtedly rare. Countless advances have been made in the optimization of PGT-A platforms as clinically evidenced by increases in single embryo transfer, resulting in higher live birth rates and decreased rates of pregnancy loss as well as declining obstetrical and neonatal morbidity associated with IVF pregnancy. As we engage in extended post-implantation culture of mosaic blastocysts we are learning a great deal more about the basic science surrounding these embryos. Ultimately, the mission of IVIRMA is to use innovative strategies to develop and refine new technologies to optimize outcomes and increase availability of PGT-A for patients worldwide.