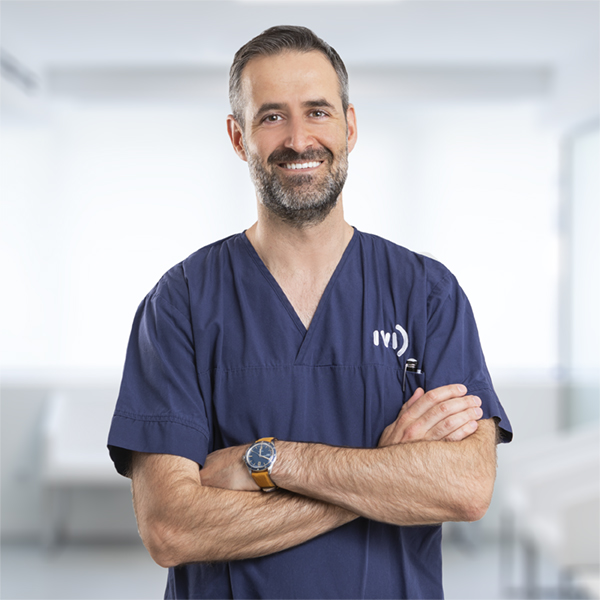 Dr Cesar Diaz-Garcia is the Medical Director of IVI London. He completed Medical School at the Autonomous University of Madrid and Pitié-Salpêtrière University in Paris in 2004. He then went…

In 2011 he was promoted to become Associate Professor at the Department of Paediatrics, Obstetrics and Gynaecology at the University of Valencia. He served as the lead investigator at the Valencia Program for Fertility Preservation, one of the most internationally acclaimed programs of fertility preservation for oncological patients.

Dr Cesar Diaz-Garcia served as the lead consultant for reproductive surgery at La Fe University Hospital between 2011 and 2017. During that period, he performed surgical procedures to treat pathologies related to infertility such as fibroids, polyps, endometriosis or uterine malformations (hysteroscopy, laparoscopy and open laparotomy). As a talented surgeon, he also committed significant effort and time to perform debulking surgeries in ovarian cancer patients at the gynecologic oncology unit at La Fe University (2013-2017).

His scientific career has been devoted to the field of fertility preservation, with special interest on ovarian cortex transplantation, uterus transplantation, ovarian rejuvenation and poor response in IVF. From 2009, he joined the Swedish program of uterus transplantation and was part of the first team to achieve a live birth from this procedure in 2012. He was the coordinator of the research branch at La Fe University Hospital-Woman’s Health Area (2014) and is the coordinator of the Fertility Preservation interest group of the Spanish Fertility Society since 2016. He had over 150 scientific presentations in national and international conferences and published numerous articles in reproductive research.

At the present, as the Medical Director of IVI London, Dr Cesar Diaz-Garcia combines his medical duties in the field of fertility with surgical activities and academic tasks as honorary senior clinical lecturer at the Nuffield department of women’s and reproductive health at the university of Oxford.