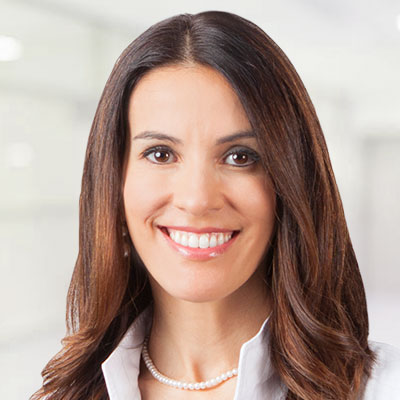 Dr. Elena Labarta. MD, Ph.D, is an attending physician at Valencian Institute of Infertility (IVI), Valencia, Spain, where she serves as a specialist in human reproduction and assisted reproductive techniques, and as a surgeon specialized in endoscopic surgery.

Dr. Labarta studied Medicine at the University of Zaragoza, where she received her medical degree with honors. During her career, she was selected three times as an honorary student collaborator in the subjects of Anatomy, Histology and Microbiology. As a student, she was the recipient of the aid of special character denominated grant-collaboration (academic year 1999-2000), in the Department of Physiology and Pharmacology of the University of Zaragoza, Spain.

Dr. Elena Labarta completed her residency training in Obstetrics and Gynecology at
the Autonomous University of Madrid at Hospital La Paz, Madrid (Spain).
Since July 2005, Dr. Labarta has been part of the Human Reproduction Unit of IVI in Valencia, where she has participated in several clinical research projects and has contributed to over 20 publications on assisted reproduction in peer reviewed international journals and written more than 45 book chapters. She is often invited to speak nationally and internationally.

Dr. Labarta has been involved in teaching since her early career. She was selected as a professor in a private academy (CTO) for access preparation to the MIR program (resident internal doctor) during the years 2001 and 2002.
Since 2008, she is Associate Professor and Medical Coordinator of several Master’s degrees related to human assisted reproduction by the University of Valencia.