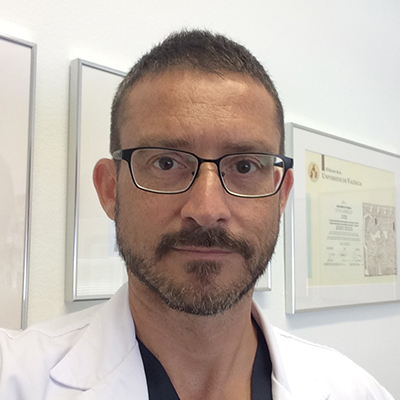 Dr. José Bellver is an attending gynecologist at IVI Valencia, clinical researcher at the IVI Foundation, Assistant Professor in the Department of Pediatrics, Obstetrics and Gynecology, University of Valencia School of Medicine, and Associate Professor accredited by ANECA (National Agency for the Accreditation and Evaluation of Quality of Spanish Universities).

He obtained his Bachelor’s degree in Medicine & Surgery with a Special distinction (“Premio Extraordinario de Licenciatura”) at the University of Valencia in 1993. He completed his residency in Obstetrics and Gynecology at the Hospital Universitario La Fe, Valencia, from January 1995 to December 1998, and was visiting fellow in the High Risk Pregnancy Unit of the John Radcliffe Maternity Hospital, Oxford, UK, in 1998. He is specialist in Obstetrics & Gynaecology from January 1999. He obtained the Level III of ultrasonography in Obstetrics & Gynaecology by the Sociedad Española de Obstetricia y Ginecología (SEGO) in 1998, being re-accredited in 2015, and the European Certificate of Gynaecological Endoscopic Surgery in Clermnont Ferrand, during 1998-1999. He initially worked as specialist in Human Reproduction and Obstetrics in Instituto Bernabeu, Alicante, for a year, and then started his clinical and research activities in the Instituto Valenciano de Infertilidad, Valencia, from February 2000 until now. He received Doctor in Medicine and Surgery (MD) degree with Cum Laude (2001) and a Special distinction (“Premio Extraordinario de Doctorado”, 2004) by the University of Valencia. He obtained the Certificate of Competence in Prenatal Diagnosis (”Ultrasound examination at 11-13+6 weeks”) by the Fetal Medicine Foundation, King´s College, London, and a Master’s in Advanced Gynaecological Endoscopic Surgery, in Valencia, 2004-2005.

He has published 247 original articles or book chapters, including 98 papers in international journals with impact factor. He is editor/co-editor of 12 books on human reproduction. He has been invited to 104 international and national lectures and has participated in 166 oral/poster presentations in international and national congresses. Dr. Bellver is Member of the Editorial Board of “Cuadernos de Medicina Reproductiva”, “Open Autoimmunity Journal”, “Open Obesity Journal” and “Case Reports in Obstetrics and Gynecology”. He has been past Member of the “Grupo Latinoamericano de Interés en Reproducción Humana” and the “Global Fertility Academy”. Dr. Bellver is Assessor of “McMaster Online Rating of Evidence (MORE) System”, Mc Master University, Ontario, Canada, and reviewer of 22 international journals about human reproduction.