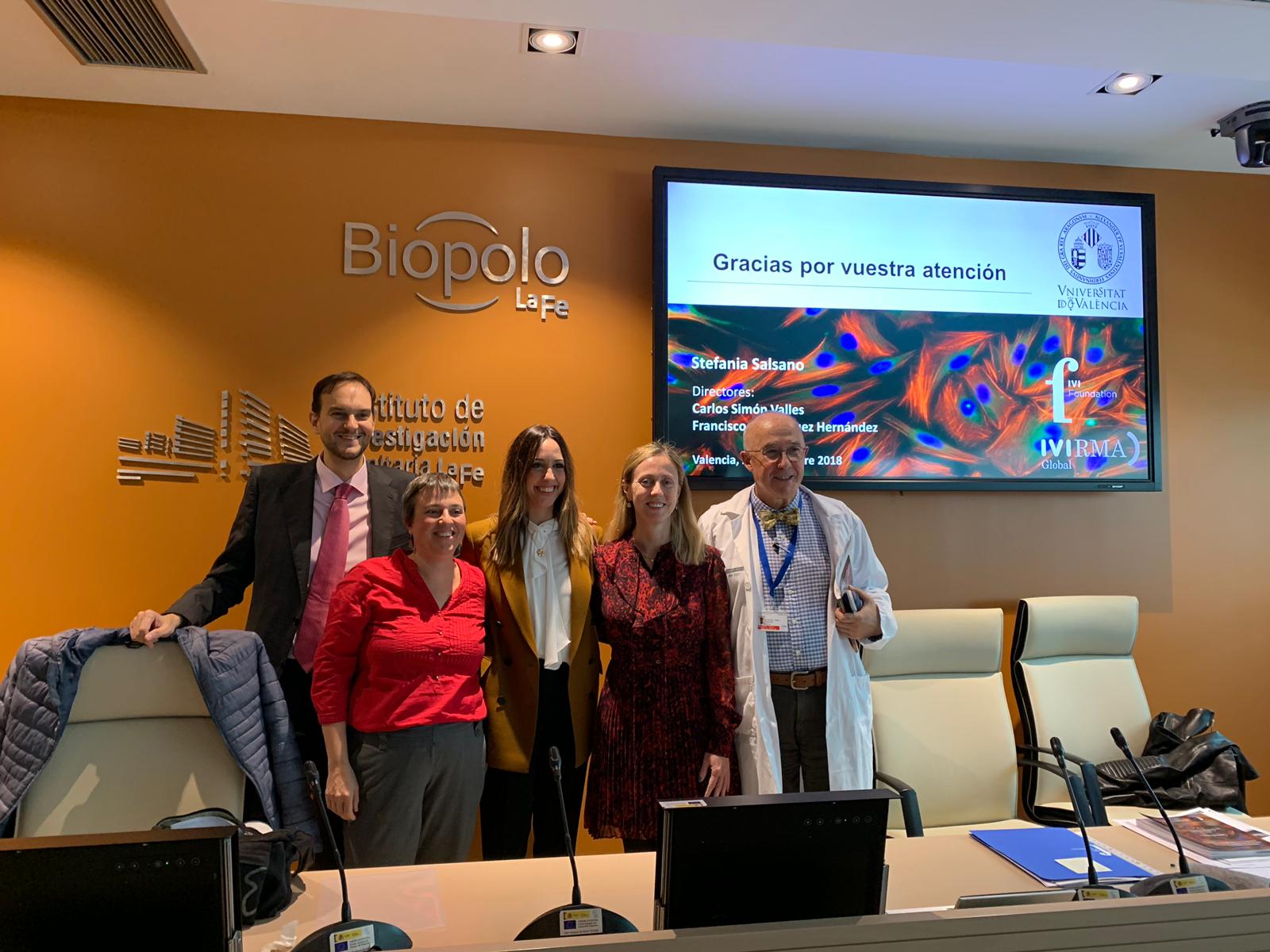 Hannes Hannes Campo, whose work is entitled “Bioengineering strategies of the uterus towards improving current investigative models and female reproductive health”, defended his thesis at the end of 2018. Professor Antonio Pellicer, the co-president of IVIRMA Group and Dr Irene Cervelló, a researcher at IVI Foundation, were his thesis advisors, as part of the Doctoral Program in Biomedicine and Biotechnology of the University of Valencia, in the Biochemistry and Molecular Biology Department.

In this thesis, Campos investigates the possible future role of tissue engineering in reproductive medicine. In order to do so, he made use of a technique called “decellularization”, which consists of isolating  cells from entire organs (uterus, in this case), while at the same time maintaining the original structure. It is therefore a new technique for reconstructing/healing uterus. Moreover, he developed a method for generation of hydrogels from the decellularized material, which could have therapeutic applications in the future in treating diseases, such as Asherman syndrome or endometrial atrophy.

Stefania Salsano also presented her doctoral thesis “Expression, localization and functional study of PGRMC1 in human endometrium during menstrual cycle” in November. Her thesis advisors were Prof Carlos Simón and Dr Francisco Dominguez, within the framework of the same university Doctoral Program, also in the Biochemistry and Molecular Biology department.

The thesis focused on a non-classical progesterone receptor of enormous importance for human reproduction and embryo implantation. In this sense, the researcher identified many of the proteins that this receptor interacts with and it has been proven that its deregulation – alteration – could compromise implantation, a necessary step for achieving a pregnancy. Therefore, this line of research could open the door to advances in the area of assisted reproductive techniques or development of contraceptives.

Also within the framework of the Doctoral Program in Biomedicine and Biotechnology of the University of Valencia, Nerea Sota defended her thesis in December. Under the direction of doctors Nicolás Garrido and Marcos Meseguer, she studied the “Utility of CD84, PLA2G2A and UBIQ in semen sample analysis and sperm selection”.

With the ultimate goal of contributing to the improvement of pregnancy rates in assisted reproduction, Sota analyzed these three molecules found in semen samples in order to assess their potential as diagnostic or prognostic biomarkers of a favorable treatment result. Some interesting relationships have been found between the presence of one of those markers, ubiquitin, in the semen samples and the samples’ quality, which paves the way for new research focused on the molecule as a method of evaluating fertility or sperm selection for the purpose of identifying and using the most competent sperm in assisted reproduction.

These three newly graduated PhD students, whose theses are in the public domain and available in the RODERIC repository of the University of Valencia, were in-training investigators at IVI Foundation, an institution that from its inception has promoted research at all levels.

IVIRMA Innovation, committed to training future leaders of Assisted Reproductive Technology, offers a wide range of training and professional development programs in all its centers in order to help train the most qualified young investigators and help them become experts in the area of reproductive medicine. 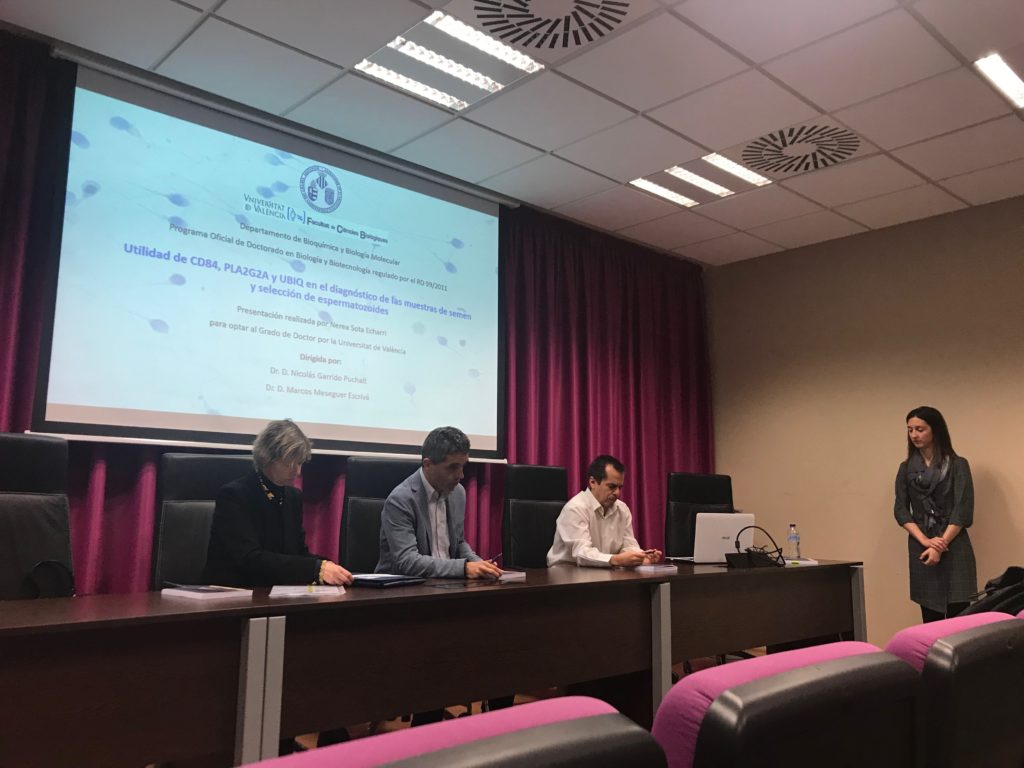 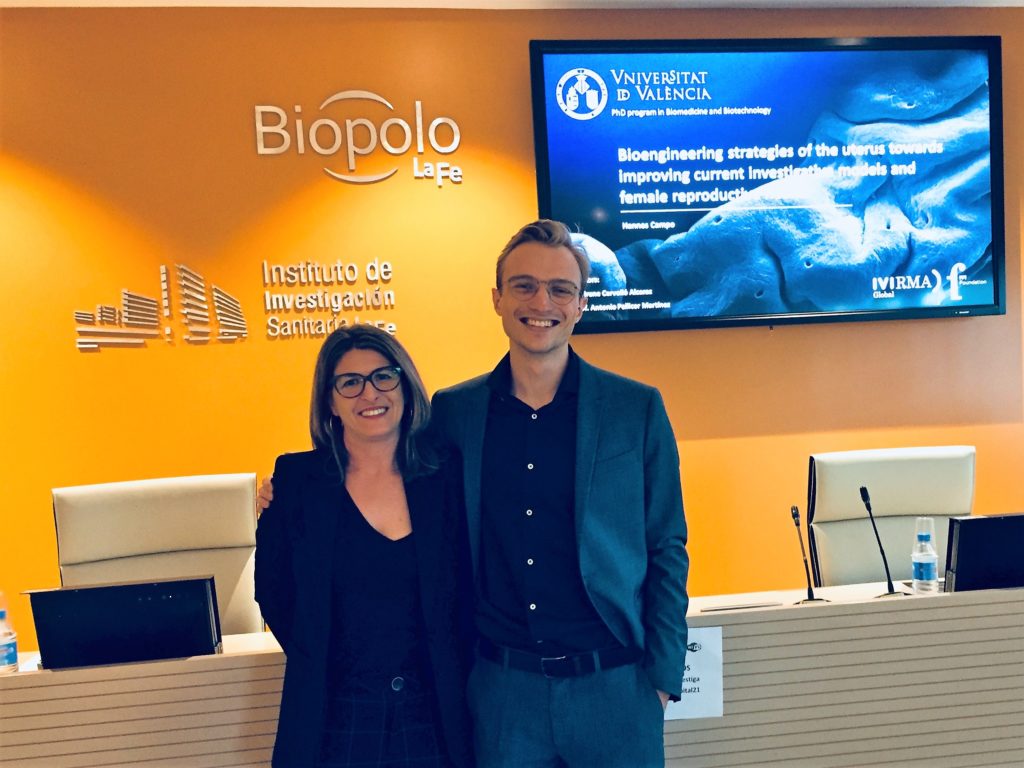