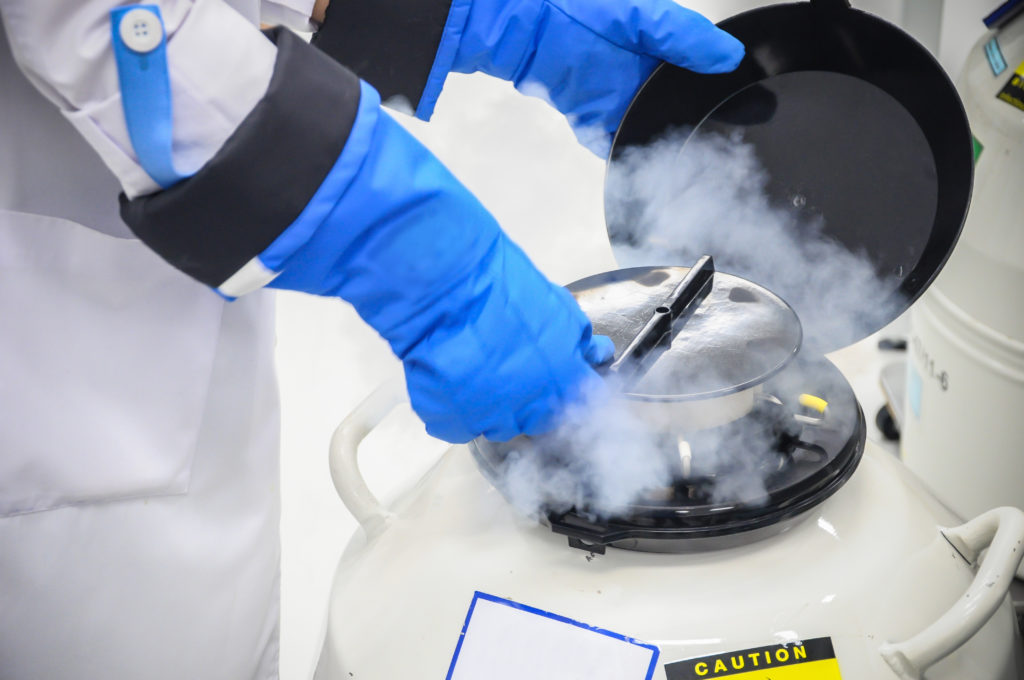 Should all women freeze their eggs?

Women and couples are having children at a later stage than previous generations, and not only in the Western world. In just one generation, we see how we have gone from the 2nd or 3rd decade in which our mothers had children, to the 3rd or 4th decade in which we now try to have them. And although there are various sociodemographic explanations, the reality is that it is not simple: the economic crisis that reduces even more the average number of children per couple in southern Europe, given the fear of not being able to educate them; postponing motherhood to complete an academic and / or work development before facing having a family; the difficulty of finding a partner engaged in the project of having children and educating them. Let’s look for example at many current European leaders: Mackron, Merkel, May, Junker – none of them has children. Is it not a priority for them or our societies?

Mothers under the age of 35 are becoming less frequent, and more children are born every day through assisted reproduction techniques: in Spain, this number is already 6%.  We know that from the age of 35 the percentage of chromosomal abnormalities in human oocytes increases exponentially and at age 40, for example, 80% are already abnormal, with almost 100% abnormal at age 44 or older.

The problem is that this serious impact of age on reproduction is not fully known among young people and even doctors who do not engage in reproduction. In a recent study (Prior 2018) conducted among 1215 Australian university students, less than half identified that with the age of the woman their chances of having children are reduced. Most wanted to have children in their lives (90%) but their expectations were unrealistic, which highlights the need to educate about the limits of fertility at an early age. Another study, carried out among almost 800 US gynecologists but not dedicated to fertility (Fritz 2018), made it clear that, although the vast majority considered it necessary to discuss the issue of fertility preservation in the annual gynecological review, only 27% did it with women from 18 to 34 years old, a percentage that rose to 76% with patients between 35 and 44, but here it may be too late. The reasons for not doing so were lack of time in consultation and lack of adequate training in the subject.

Nowadays, the most effective option to preserve fertility for non-medical reasons is undoubtedly the vitrification of oocytes. Freezing embryos would require fertilizing the oocytes with a partner who might not be the father in the future, or even with a donor if there is no partner, which would create preventable conflicts. Another option is ovarian surgery to freeze ovarian tissue, however this is something that is still considered experimental -and although this is likely to change in the short term- the cost of surgery, the risks of laparoscopy, and the resection of healthy ovarian tissue in a woman who has not yet had children makes it a less desirable first option.

In contrast, obtaining and vitrifying oocytes is relatively simple today. GnRH antagonist based protocols allow it to be a very safe procedure. Virtually no early hyperstimulation -except anecdotes- since we do not use hCG for final oocyte maturation, but rather GnRH agonists, and by not transferring the embryo there will be no late hyperstimulation. The complications described (Bodri 2008) have a very low incidence: abdominal bleeding 0.34%, intense pain after puncture 0.05% and ovarian torsion 0.02%. Therefore, it can be considered a very safe procedure as indicated above.

As a consequence of ovarian stimulation, sex steroid levels will rise, and there is always fear in the patient about the impact of these hormones on their long-term health, and specifically, on the incidence of breast cancer that it is the cancer without doubt more frequent in women. Fortunately, today data clearly shows that this risk is not increased. Van den Belt-Dusebout (2016) followed 25,000 women treated with IVF and a control group of similar size for 21 years, and was able to verify that a patient who performed one or several assisted reproduction treatments has the same risk of developing breast cancer as the general population.

And about the newborn, would there be more risks if the embryo is generated with a vitrified oocyte? It does not seem that the complications that are sometimes described in children of mothers who have undergone ART (low birth weight, prematurity …) are related to freezing. The two most extensive series that review the health of these children at birth prove that the anomalies are comparable to those of the general population (Noyes 2009) or those of children born from fresh, non-vitrified oocytes (Cobo 2014).

Another interesting point to discuss is the issue of cost-effectiveness, which provocatively could suggest that all women should freeze their eggs. Evidently, even today most women will have their children naturally, without requiring assisted reproduction techniques. There are two concepts that are opposed: the younger the woman is when she freezes her oocytes, the better quality they will have and the better reproductive results she will obtain; but this would imply freezing at a very young age, and as most young women will get pregnant alone, it would make the program very expensive and inefficient. But at the same time, if they freeze when they are already very old, the quality will not be good, and therefore, very poor reproductive results, making the program very inefficient. Is there a “sweet spot”? Well, although everything is based on prediction models, it seems that between 30 and 35 would be the ideal time: not too soon, but not too late because the quality decreases very rapidly each year after 35 (Mesen 2015).

And the next question that arises what would be a good number to freeze, or how many oocytes would we need to have a reasonable chance of having a child with them. There are several works, which assess the probability of having a child with frozen eggs, which obviously depends on the age at which the eggs were frozen. We recently reviewed more than 6000 cycles of women who came to freeze their eggs (Cobo 2018), of which 700 returned for use later, and 162 children have already been born. The probability of success if they froze 24 oocytes before 35 years was 94%, compared to only 50% in those over 35 years who frozen the same number of oocytes. In the model presented, when the woman was freezing before the age of 35, her probability of pregnancy freezing 5, 10, 15 or 20 oocytes was 16%, 43%, 70%, and 78%; This probability if frozen above 35 years a similar number of oocytes was 6%, 25%, 38% and 50%. Hence the need to freeze before 35 years.

Since women and couples are having their children later than our previous generation, oocyte freezing really arises as a social revolution, being able to dissect aging from infertility. This would allow having children with the same gametes at advanced maternal ages, reduce the large number of failed IVF cycles, and facilitate women’s reproductive autonomy.

Today we have gone from initial skepticism of a new technique, to acceptance among professionals and patients, and even to active promotion among non-infertile patients who want to reduce the impact of age on their ability to be mothers.

We should not forget that, from a medical point of view, it is best to have children before age 35. It is important to remember that we freeze gametes, not fertility, which depends on many other factors. It is very important that the patient knows their chances of getting pregnant before freezing their eggs, as we cannot guarantee pregnancy. It is our responsibility to educate the general population about the impact that age has on reproduction, and to disseminate the possibilities of the technique, especially in young women. We must avoid creating false expectations based on “general” information, and individualize the possibilities depending mainly on the age of the woman and her ovarian reserve prior to the freezing.