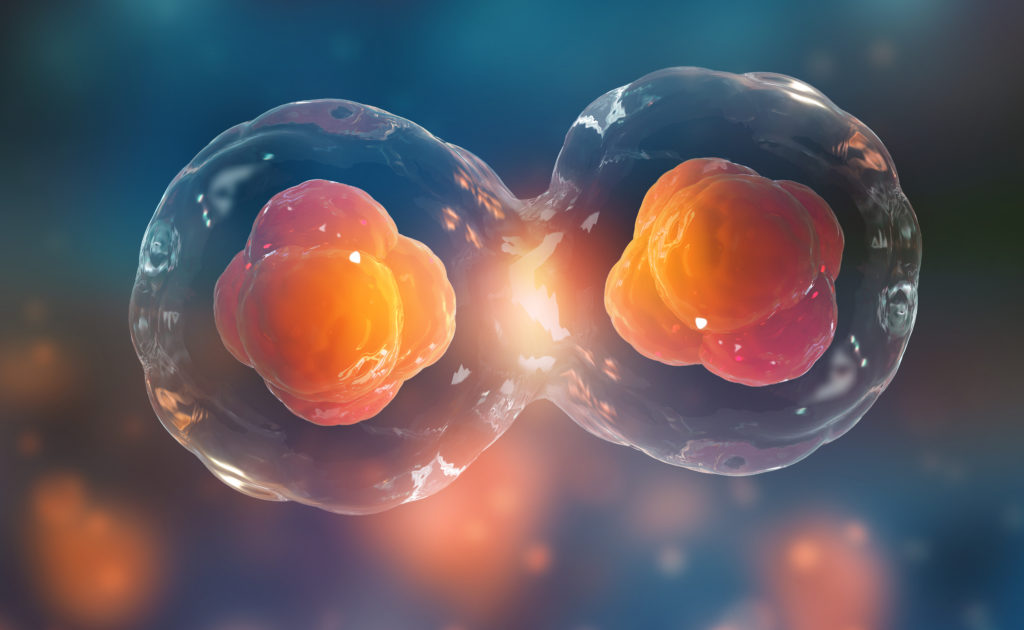 Since the firsts reports of spontaneous pregnancies achieved after bone marrow transplantation in oncologic women with primary ovarian insufficiency, there is increasing evidence supporting the regenerative effects of stem cell-based therapies in the ovarian niche.

These findings serve as a proof of concept for the ability of residual quiescent follicles of damaged ovaries to produce competent oocytes in an adequate ovarian environment but should not be restricted to the limited population of young cancer patients. In fact, a small pool of dormant primordial follicles remains even in the non-functional ovaries of menopausal women and patients diagnosed with premature ovarian insufficiency due to several causes.

Nowadays, women in modern society have delayed the age of childbearing due to profound socio-economic changes. Thus, ovarian aging has turned into a key challenge for Reproductive Medicine, as the ovary ages chronologically before other organs producing a decline in fecundity in a woman’s thirties, leading to ovarian fibrosis and complete ovarian failure in the early fifties (1).  Therefore, the advanced maternal age, which influences both the quantity and quality of oocytes, has currently become the main determinant of fertility (1). In all cases of ovarian impairment, such as poor ovarian response and diminished ovarian reserve or primary ovarian insufficiency, there remains a need for methods to restore fertility in patients seeking reproductive success but where oocyte donation is the only practical option (2).

Due to the relevance of aging in infertility, the next two decades will see new research aimed at developing methods to rejuvenate oocytes by repairing genetic damage, or by introducing new sources of energy  (3).  The creation of gametes by cell reprogramming will be another source of healthy oocytes (and spermatozoa) that may certainly change the perspective of infertility in this century (4-6). A new potential source of oocytes will constitute a major challenge to the central dogma of reproductive biology by which females of most mammalian species, including humans, lose the capacity for oocyte generation during fetal development.

To date, the recovery of ovarian function has been reported in preclinical models by using adult stem cells from mesenchymal/stromal and hematopoietic origins. The Mesenchymal stem cells can be isolated from several adult tissues (7). Their ability to engraft, survive, and proliferate into the ovaries was first assessed by Liu et al. (8) using chemotherapy-induce mouse models for ovarian damage where allowed short-term fertility recovery and live birth of healthy offspring (9).

Umbilical cord blood, amniotic membranes, menstrual blood, adipose tissue and endometrial tissues have been considered a feasible sources of mesenchymal stem cells, with promising results for several degenerative diseases both inside (10-14) and outside the reproductive system (15-17). Bone marrow also represents a feasible source for mesenchymal cells but their clinical use still requires culture techniques to reach relevant therapeutic cell numbers with an increased risk for cells to lose part of their specific regenerative properties or to accumulate chromosomal aberrations during in vitro culture.

To bypass these concerns, we proposed to take advantage from the non-invasive protocols used by the oncologists and hematologists for bone marrow stem cell transplant based on the proliferation and mobilization from the whole population of bone marrow derived stem cells to peripheral blood by a pharmacological treatment whereby they can be easily collected avoiding invasive and painful procedures like the iliac crest puncture. With this procedure we isolate the whole population of  bone marrow-derived stem cells that represent a heterogeneous group of mononuclear cells with multi-differentiation potential that includes several hematopoietic, mesenchymal, and endothelial stem/progenitor cells (18, 19).

In fact, we have regenerated the endometrium in women with Asherman’s syndrome after isolation and infusion of a specific subpopulation of bone marrow stem cells, the CD133+ cells, using this procedure (20). These cells also exerted regenerative properties in other human tissues such as myocardium (15-17).

Within the ovarian context, the infusion of the whole population of human bone marrow-derived stem cells promote human and mouse follicle growth, ovarian local vascularization, increase follicle and stromal cell proliferation, and reduce apoptosis and atresia providing an adequate ovarian niche for follicular rescue in patients with impaired or aged ovarian reserve. These multiple regenerative effects on the ovarian stroma have been observed by intravenous infusion of the whole population of human BMDSCs into two different mouse models for diminished ovarian reserve and premature ovarian insufficiency (21).

Based on this, we aimed to evaluate effects of autologous stem cell ovarian transplant (ASCOT) on the ovarian reserve of poor responder women with very poor prognosis (21). With this purpose we designed a method to mobilize, collect and deliver bone marrow derived stem cells directly to human ovaries. This unique study developed in patients showed that ASCOT improves ovarian reserve biomarkers and reproductive outcomes, resulting in more follicles and oocytes developed after ovarian stimulation. This technique allowed spontaneous pregnancies in poor responder women previously limited to egg donation but, further research is still needed as the embryo euploidy was not modified by the stem cells therapy.

Post by Sonia Herraiz
PrevPreviousAren´t we forgetting fertility in the run for longevity?