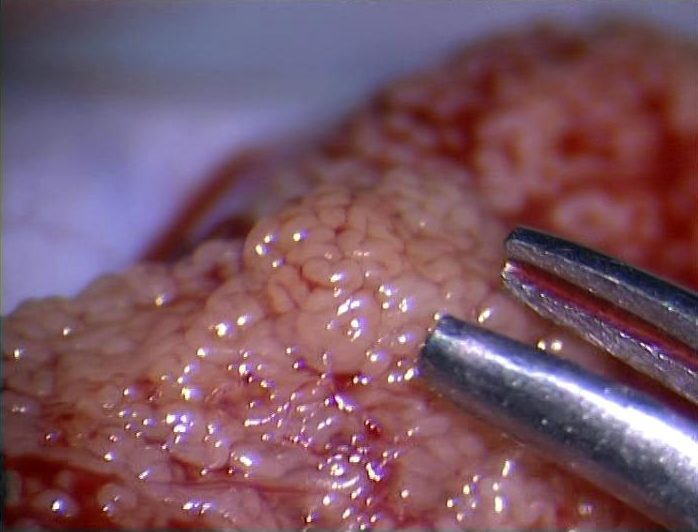 Round Spermatid Injection: A new way forward for men with spermatogenic failure?

Infertility, defined as the absence of pregnancy after 1 year of unprotected intercourse, affects 1 in every 13 couples in the United States (1).  Male factor infertility constitutes 25% to 30% of all cases of infertility and contributes, in combination with female factors, to another 30%. Concurrently, sperm counts among Western men have been declining (2) now with over 15% of couples unable to conceive within one year of unprotected intercourse (3).  Of men presenting with infertility, 10% have no sperm in their ejaculate, a condition known as azoospermia.  Thus, approximately 0.8-1% of all men have no sperm in their ejaculate.

While there can be many causes of this, the most common cause is a condition called spermatogenic failure.   This is a sperm production problem where men have either no sperm production inside their testicles or very low levels of production that occurs only in small pockets within the testicles rather than the uniform production seen in normal fertile men.  For men with spermatogenic failure, having children involves significant treatment to try to obtain sperm surgically from the testicles.  Prior to this surgery men will have two sperm tests performed from a fertility clinic to confirm that there is no sperm and also undergo genetic testing to see if they have one of a few rare conditions that could be causing the lack of sperm production.  The majority of the time these genetic tests do not reveal the cause of the lack of sperm production however it is crucial that they are performed.

However, it has been suggested that round spermatids, which are immature precursors to mature spermatozoa, can be successfully injected into human oocytes and used in place of mature spermatozoa in cases of last resort (4, 5).  Among men with spermatogenic failure where neither mature spermatozoa nor late-stage spermatids were isolated from testicular samples, 30% of patients were found to possess round spermatids in their surgical samples (6).  In both animal and human models, successful births have been reported using the technique of round spermatid injection (ROSI).  Although early reports described ROSI as inefficient and of no clinical value, recent studies have reported ROSI to be a feasible alternative in patients who decline donor sperm.  Importantly, ROSI appears to result in offspring without any unusual physical, mental, or epigenetic problems (4, 5).  Most recently, a publication by Tanaka et al. in 2018 reported the births of 90 babies following ROSI and followed the offspring for two years to track physical and cognitive development.  No significant differences were observed between offspring achieved via ROSI compared to spontaneous conceptions over the two year observational period (5).

As a clinical and surgical translational science researcher, one of the most difficult conversations I have to have with patients is when I tell them that sperm was not found at the time of microTESE as, until now, there were no other options for helping these men have their own biological children.  Until the most recent report was published, demonstrating that 90 babies had been born through ROSI, I was highly skeptical of this procedure and would not recommend it to patients.  Currently, there are no labs in the United States that are commonly using ROSI for IVF in men where no sperm are found at the time of microTESE.  I have recently become interested in beginning a clinical trial at IVIRMANJ to offer this procedure to patients who are seeking treatment for male infertility and have had a microTESE procedure where no viable sperm were found at the time of surgery.

One of the main issues with ROSI is that the round spermatids taken from men with spermatogenic failure during a microTESE often do not fertilize an egg very well.  When they do fertilize an egg, they are perfectly capable of making a healthy baby but they seem to fertilize eggs at a significantly lower rate than completely mature sperm taken from the testicle.  At IVIRMANJ, we have access to one of the most powerful confocal microscopes in the world that is capable of imaging tissue from human testicles at very high resolution after labelling it with color coded molecular probes.  We suspect that there may be only a very small population of round spermatids that are actually capable of fertilizing an egg. We are hopeful that this microscope will allow us to readily identify this population of spermatids that will increase the fertilization rate of ROSI and lead to more babies being born through this technique. We are currently in the process of setting up this clinical trial and are hopeful that it will increase the success rates of this procedure and offer hope to men who do not have sperm found at the time of microTESE.   Our hope is that we may find a way to treat this devastating condition and offer hope to men who have failed all other forms of treatment.

PrevPreviousUnveiling the male factor infertility physiology and its potential contribution to ART success
NextIs my semen infected? Everything you need to know about leukocytospermiaNext