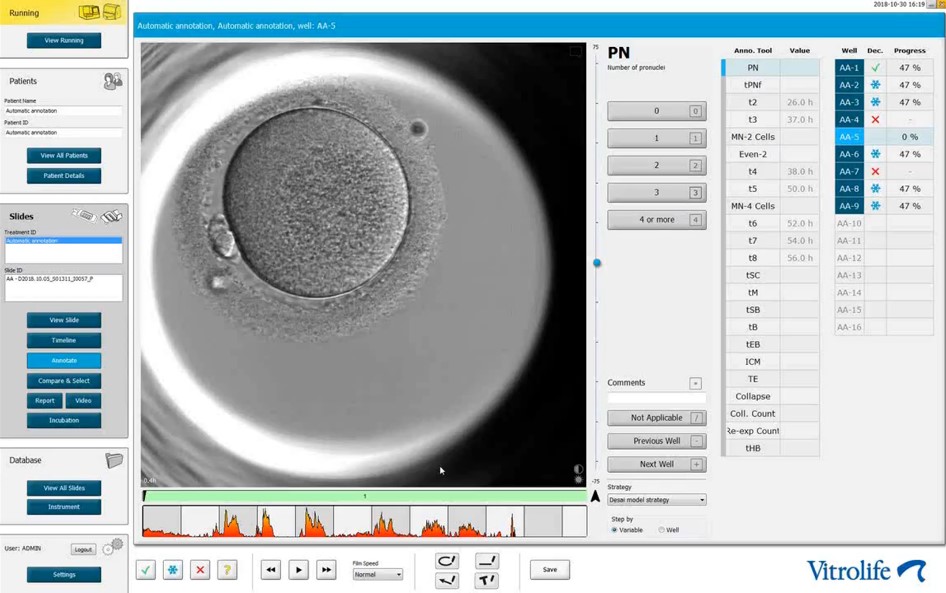 Time Lapse Imaging and Artificial Intelligence; the subjectivity is over

Digital image processing and artificial intelligence techniques such as artificial neural networks have been used to classify embryos.

Again, embryology has become the main source of development in assisted reproduction. From the latest contributions, time-lapse monitoring system (TMS) has become one of the newest technologies accepted for use clinically in the laboratory. Still lots of controversy surrounds the use of continuous embryo monitoring incubators and the timing of embryo development (known as morphokinetics) and it has not been able to supplant classical embryo morphology as the gold standard for embryo evaluation (Castello et al. 2017 MHR). 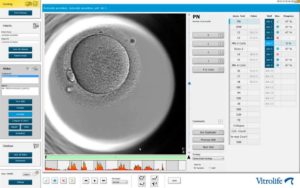 Embryo morphology has been a well stablished and standardized criteria for embryo selection and scientific societies have performed very detailed consensus workshops to describe the main morphological features of the embryos to be evaluated by the embryologist.  Despite of the efforts performed by the scientific societies, we must admit that embryo evaluation is very subjective and many of the features are quite inconsistent, for example the proportion of fragmentation, the grade of the expansion of the blastocyst, quality of the inner cell mass or the trophoectoderm. 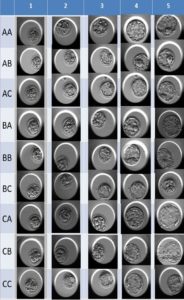 The process of embryo selection is not an exception when it comes to automation in the IVF Laboratory. Fortunately, some TMS systems have the ability to automatically detect embryo divisions as well as many other features that the human eye cannot detect.  Attempts to automate this process arise from the current need to standardize the embryo selection criterion, to eliminate inter-observer bias and also due to the presence of multiple selection algorithms and existing framing systems. In addition, it will save the embryologist’s time (otherwise recording the times of each embryo division plus the detection of abnormal events does require some extra time). 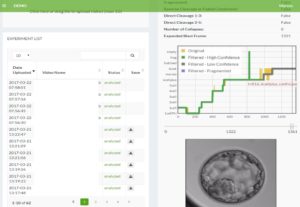 The introduction of Big Data Analysis also represents an opportunity to manage laboratory data in a completely different way. An example of this approach comes to us in the form software that relies on the design and implementation of a common database (by using a cloud concept) built with the information of a huge amount of embryos that were able to achieve a viable pregnancy or a live birth. Then the system can compare any analyzed embryo against this database. 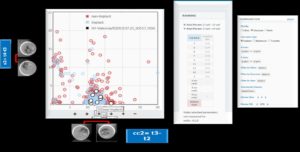 The combination of TMS and artificial intelligence consists of extracting information from images using mathematical methods (such as artificial neural networks (ANNs)) and, in the case of human embryos, it has been used to grade embryos at the blastocyst stage. The technique of digital image processing consists of extracting information of size, colour scale and saturation using mathematical methods. This technique allows the extraction of several variables such as circularity, radius, uniformity, texture, luminosity, and colour scale from the photos of the blastocysts, which are important for the use in AI technique. AI then proposes methods for image segmentation (the dividing of an image into its meaningful constituent regions) and classification of human blastocyst images with the aim of automating embryo grading.

Interestingly, when compared to human grading the AI grading performs better in terms of agreement for blastocyst expansion and grading of the ICM and trophoectoderm.  In addition, the use of AI to grade blastocysts is inexpensive, non-invasive, and faster than the human eye and at the same time it provides additional quantitative information.